The Econo Lodge Franchisees Association of America (ELFA) has been an active force representing Econo Lodge franchisees since 1974. An independent association, ELFA is dedicated to strengthening the Econo Lodge brand and creating a healthy operating environment for member franchisees.

The Econo Lodge brand is the oldest Hospitality association in the United States. ELFA was created in 1974 as a group of individuals in Norfolk, Virginia gathered to discuss concerns of the franchise.

The desire for reasonably priced lodging was acknowledged in the 1960’s by a group of Norfolk, Virginia businessmen. Vernon Myers and Lloyd Tarbutton determined they could create inexpensive lodging by shunning embellishments and constructing an economically efﬁcient building. For example, when the first Econo Lodge was constructed each room cost between $4,000 and $5,000. Many guests recommended that many items should be available in the rooms. Although these requests seemed reasonable, they decided to maintain lower rates rather than including flourishes. Going public with an IPO problems arose, a large proportion of the interests of several partners were conveyed to Lloyd Tarbutton in trust in order for him to control Econo Lodge fully. The company advanced signiﬁcantly through the sale of franchises as Tarbutton remained the president until 1974. Struck with a serious economic issue in 1973, Arab countries created an oil embargo which severely deterred many industries. Through this period, motel construction was limited and franchises were impacted based on the fact many feared they would not be able to receive gasoline, thus they did not travel. A member of ELFA, David Drapella called for a meeting to voice his concerns about the lack of income from franchise sales.

Econo Lodge Travel started accepting applications for hotel properties to be transitioned into the Econo Lodge brand in 1974. Since not many could finance new construction, conversions were made. These conversions made the idea of inexpensive rooms merely unreasonable. Another meeting was held to form ELFA in 1975. Frank Young was deemed the president. Creating a united effort between the Company and the franchisees was the only way to allow the industry to get through a difficult economic period. Reaching a conclusion that several franchisees would be placed on the Company board, they would negotiate a new franchise contract that would lessen the franchise fees. Thus lessening fees would keep the Company afloat. Since the individuals were all multi-property owners, they felt that Econo Travel‘s objectives needed to be shifted to aid the franchisees operationally. In order to achieve these goals, the franchisee board members developed seminars and educational programs to aid in the development of the franchise.

Lewis Allen, Robert Beck, J. Darby Wood and Frank Young were held as members of the Company Board of Directors. The ELFA was the first industry franchisee association working hand in hand with the association. The combined effort created the success. Through diverse economic changes the franchisees were able to beneﬁt.

The meeting concluded the appointment of Robert Weller as the president of the Company. He was formerly the licensing director of Econo Travel. With his assistance, the Company grew rapidly. As the organization grew, there was a voluntary contribution of $100,000.00 made by the association in 1979. This contribution funded fall advertising. The franchisees have worked hard to aid the Company over various difﬁcult times.

Owners negotiated with and eventually contracted to sell the Company for around $10 million to Ben Douglass. During this time, the Company headquarters moved to Charlotte, NC and the name changed to Econo Lodges of America, inc. Douglass was an exceedingly talented individual but lacked the knowledge of a motel operator. He made several errors, the biggest one dealing with the achievement of Lagniappe Hotel. This chain was destined to bankruptcy. Thus, the franchisee association called for Robert Wilcox and Allen to contact the lender who gave the money to Douglass to buy the Company. Although Douglass guaranteed the lender he would place several individuals from the lender on the board, he refused to do so.

Wilcox and Allen conversed with Paul Wallace in order to give him the support of the franchisee association, hoping he might legally take control of the Company. Paul Wallace was a prominent investor who partially controlled the lenders involved. Eventually Wallace took over the Company with the help of various franchisees. They recommended that Weller be brought back in to run the Company and Wallace agreed. Weller hired Joe Kane as an operation director creating an unbeatable team. Wallace also reinstated the tradition of having a franchisee as a board member. Wallace’s assistance directed Weller and Kane to move forward in creating the internal company policies and made the Company better than ever. Wallace took care of a vast array oi legal issues caused by Douglass.

Wallace sold the company to Choice Hotels International in 1990. The franchisee association asked that Allen become the new president. With the CHI in charge, the association lost its position on the board. When Weller elected not to continue with Choice, the identity of ELFA was lost in the larger company. The association then negotiated an arrangement where Econo Lodge would have a Brand Manager, Tim Shuy. They fought endlessly in the battle to improve the policies of CHI. We have been able to pose the standard charges to maintain an economy image.

The country was divided into thirteen regions as a result of a decision made by the association. They believed that this would accomplish nationwide representation. Each region would elect an individual to be a symbol of that region on the board. This allowed around eighteen members to make judgments for the whole association. This association has provided tor the well-bring of their members and will continue to do so.

ELFA is led by a Board of Directors consisting solely of Econo Lodge owners and/or operators. These Directors represent thirteen different regions spanning the country via elections every two years at the ELFA Roundtable event at the Choice Hotels Annual Convention. Odd number regions face elections in odd-numbered years, and the same for even number regions. ELFA President and other Executive Board members serve two year terms in those positions.

ELFA’s Regional Directors are a valuable resource for franchisees. Please don’t hesitate to reach out to yours with questions or concerns about your property. 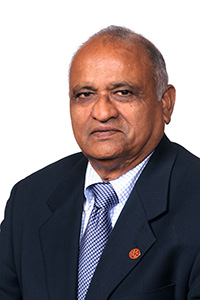 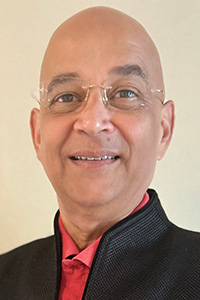 Past Presidents - Thank you for your service to ELFA.

When ELFA says “Your Voice to Choice,” it is not just a slogan. ELFA has represented EconoLodge franchisees since 1974 and has helped grow it into one of the leading economy brands in the US. But there is no magic ingredient here. ELFA is comprised of franchisees like you, hardworking owner/operators who understand that a united front, with open communication and high expectations for their brand, are a powerful force.